A downloadable game for Windows

I originally made this game in 2015 for a small community Christmas-themed game jam. I still get people downloading it now and again, so I thought I'd fix it up. Also a lot has changed with RPG Maker MV these past few years, so I was able to do some stuff that wasn't possible before. Anyway, this game was the first serious game I ever completed and I'm still fond of it to this day. If you've never played it before, or played an older buggy version, I hope you give it a go!

The old 1.1 version can still be downloaded below as well as 1.2. Although there aren't any major differences between 1.2 and the old version, it might interest some people as to what can be accomplished in the few weeks the original version was made in, so I thought I would keep it available.

This game should NOT require anything special to play. Just unzip the file and double click Game.exe to play.
If you encounter any errors, please take a screen shot of the error page and post it in the comments.

While I like 'stock rpg maker battles' what you did with encounters here works really well!

Everything was relatively cool and straightforward, and I think we need more small chill games like this.

However, there were a couple times I hit a loading screen that never ended. Specifically out near the rabbit's hut and when entering the snow cabin for the first time.

Hey, thanks for playing! Glad you enjoyed it, it was originally made for a small community jam so that explains the length, but I like short and sweet games, too. I've been considering porting the game into the newest version of RPG Maker MV (this was made pretty close to release) and seeing if I can fix some bugs, so maybe look out of a fixed version in the future? I've heard about that loading problem before and its really annoying, so It'd be satisfying to get around to fixing it.

Also I have nothing against stock rpg maker battles, but they do get boring after spending so much time in the community! My newest indev game has said battles, so maybe look out for that in the far far future if you're interested!

I'm playing 1.1 but seemed to come across a bug. After getting the canoe I went north/north-west from the Christmas Rabbit's hut and the game gets forever stuck on a "Loading..." screen. If I exited west, then went back to the Rabbit's hut screen, I could then for some reason proceed to the other exits without it getting stuck again

Yeah no problem we had a blast if you make another game.hit us up we will be more than happy to play it 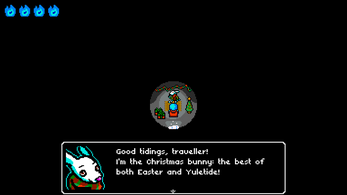 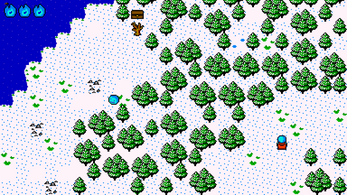 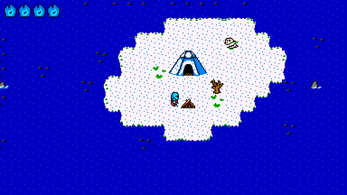 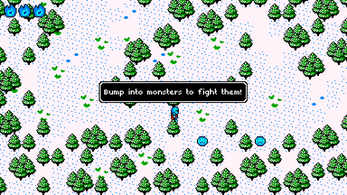 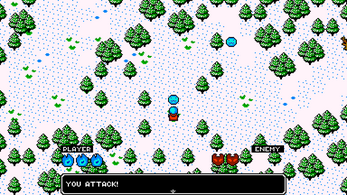 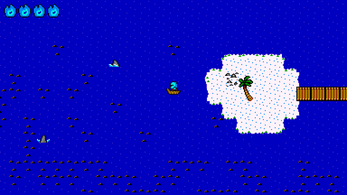 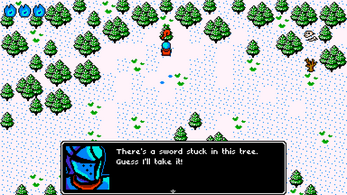 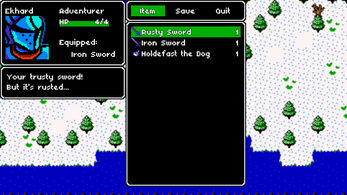 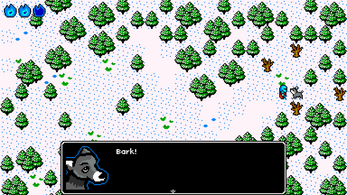